We must be concerned about the environment today, and this is why we need to change the lights in our home with something less consuming. While the majority of people buy the new light solutions, we need to apply the same principle for Christmas. This is why the Christmas LED lights are desired by many. However, the economic solutions proposed by manufacturers since now were not that effective. Their colors were too bright, too “blue” or annoying. For decorating the exterior of the house, those were acceptable, but for the Christmas tree, those will only look weird. Some people think that those lights are unsuited for exterior decorating. For more ideas, you can visit ChristmasLightsEtc. 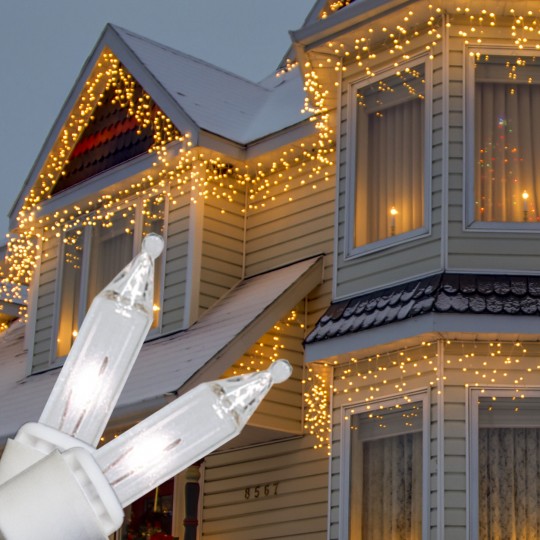 However, the manufacturers started to use new technologies, and the new LED decorations for Christmas offer more performances.

The Christmas LED lights that save energy were released on the market for several years, but only now, they are used commonly. There were many debates about using those or not, but the disadvantages will not be an issue soon.

Besides the cool benefits of using LED lights for Christmas decoration there are some facts going in the opposite direction but not so convincing to leave the idea of such a cool decoration. Some people say that:

However, those are only the disadvantages of the initial bulbs manufactured a few years ago. Today, the prices are still high, but they are reduced one year after the other. The manufacturers are now able to create interesting options to cover walls, windows and doors, so those lights become more and more attractive. It is even possible to find LED lights decorations that look exactly like the traditional ones. White is now available, so besides the bright pure “blue”, you can find other options today.

A Comparison between LED Cool Whites and New Warm Whites

The biggest problem of the LED Christmas lights was the light “blue” color, which was annoying for some. at the beginnings of the LED lights, this was the only option, but today, you can find many other options around. If you look at the classical GE LED light for comparing with the new “warm” lights of Christmas Led For Me, you will see the difference.